This has quickly become one of my favourite ever meals, I will never in my life ever use a packet mix for chilli now I've started making this one. It's packed with Speed foods (formerly known as super free) and is a great winter warmer served with a jacket potato or rice... make enough and it's also great microwaved for lunch! 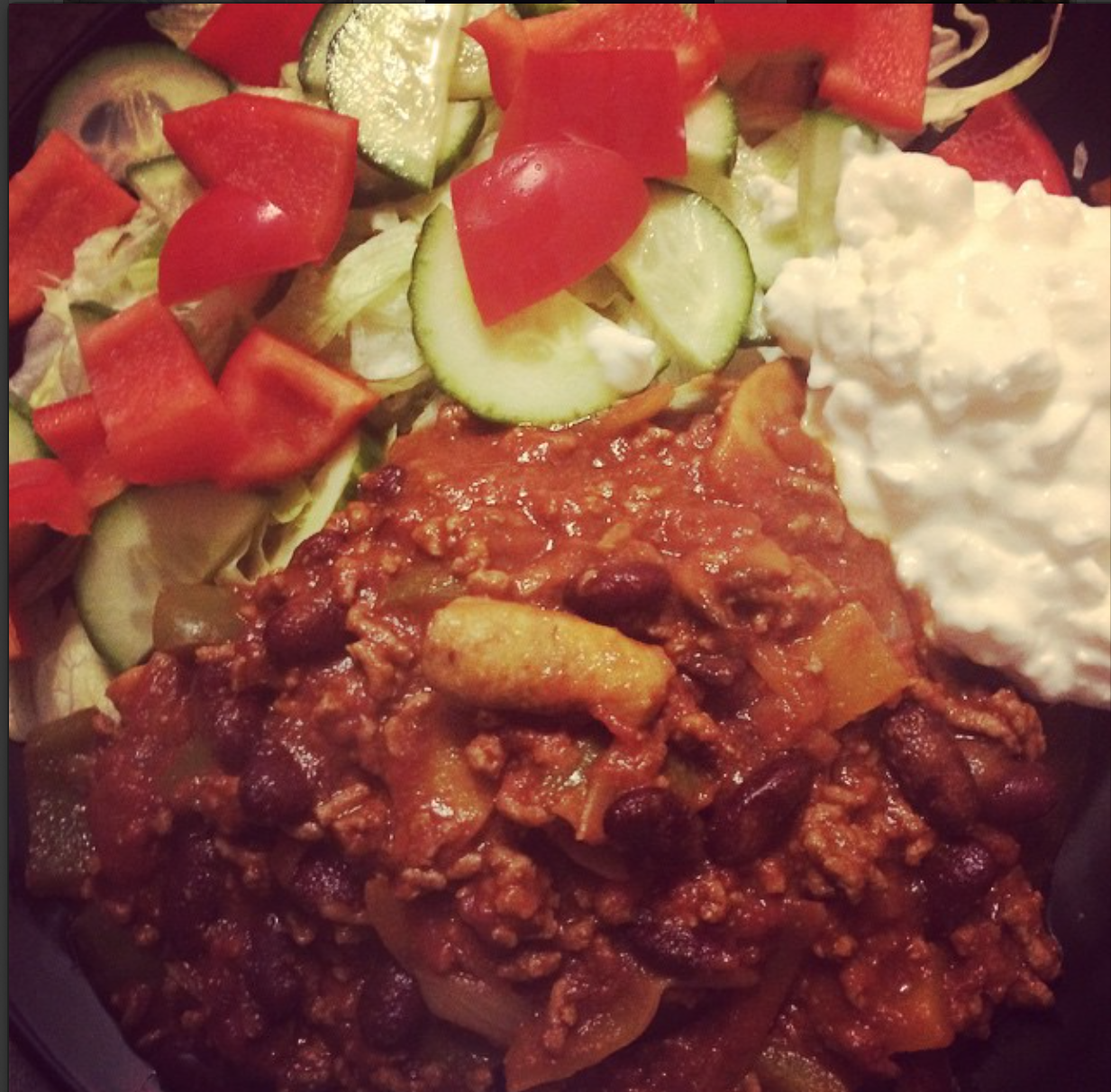 - Brown the mince and onions in a pan
- Add the two tins of plum tomatoes, peppers and mushrooms, tin of kidney beans & stock cube (i put the water from the tin as well as the kidney beans but it's up to you if you want to drain first)
- Stir and leave on medium heat for 5 mins
- add lazy chilli, lazy garlic and tomato puree
- leave to simmer on a low heat for 30-40 mins, stirring occasionally.

If you want a hotter chilli, feel free to add more lazy chilli but do keep tasting as you add because it does pack quite a punch! The above photo is an EESP version of a chilli meal which was still very filling but if you're following the regular SP plan you could have a jacket potato or rice in place of the cottage cheese.
Posted by girl_upnorth at 07:29 1 comment:

My week on Extra Easy SP

Well it's been a while since I posted on here, i've been so busy and just not in the right frame of mind to write but I'm back with a fresh batch of post ideas so look out for some new stuff on here over the next couple of days/weeks!

You may or not be aware that the Slimming World plan has changed a teeny tiny little bit in the new year meaning that we all now have brand new books regardless of when you started. I will address the regular plan in another post but this post is going to be all about Extra Easy SP which is the 'booster' plan to be followed when you want to give your weight loss a kick up the backside!

The basics of EESP is that you cut out any food in your book which doesn't have an 'S' or a 'P' next to it. On each plate you have 50% 'S' foods and 50% 'P' foods, you still have your Syns (5-15 per day) and you still have your healthy extras but you can have 2 Healthy B choices on EESP as opposed to just 1 on normal extra easy (you do still only get 1 Healthy A choice).

I've done a full week of EESP this week, admittedly it hasn't been without a slip up because it took a couple of days to get to grips with it properly but here's some of the meals I've enjoyed this week: 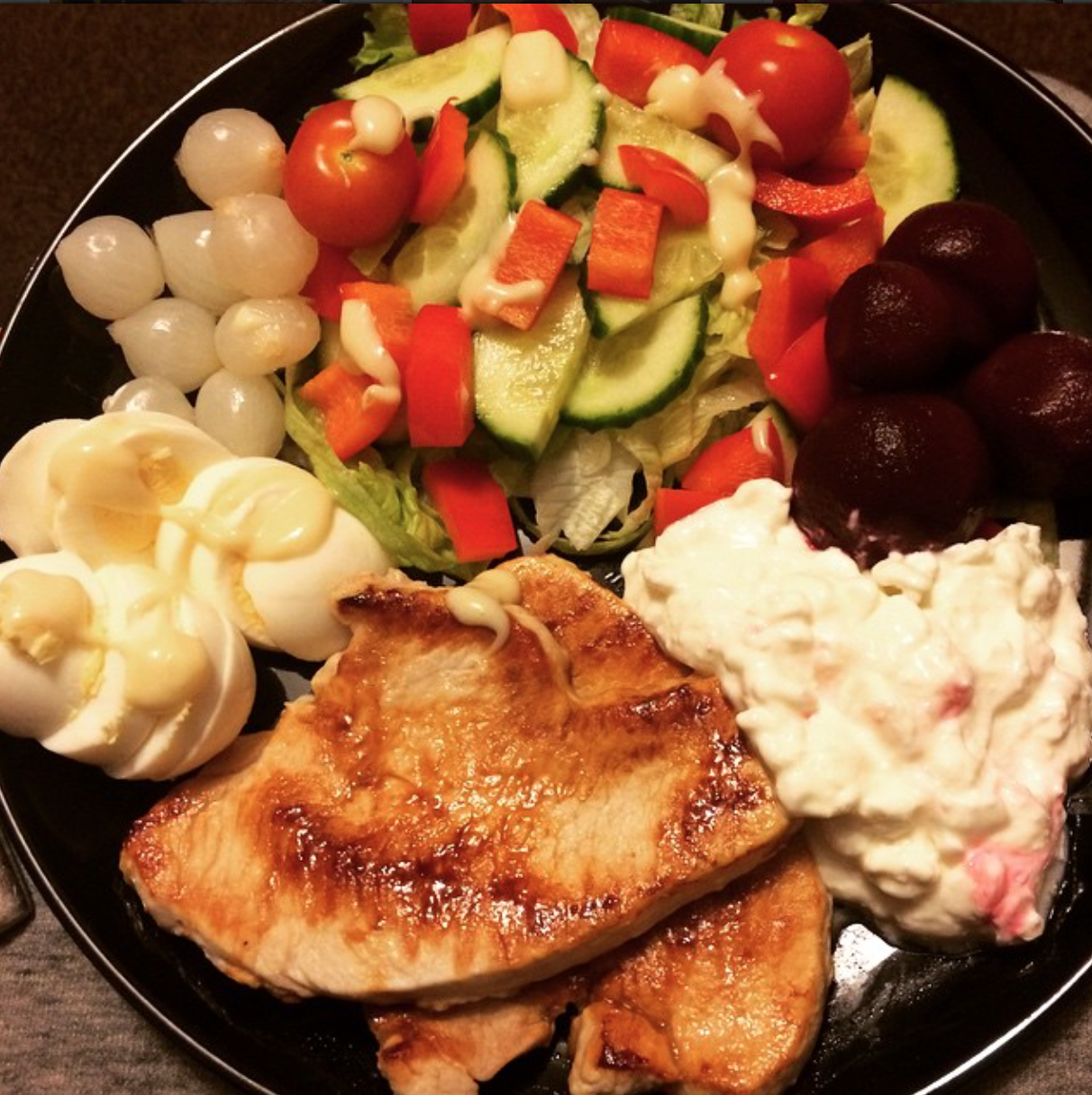 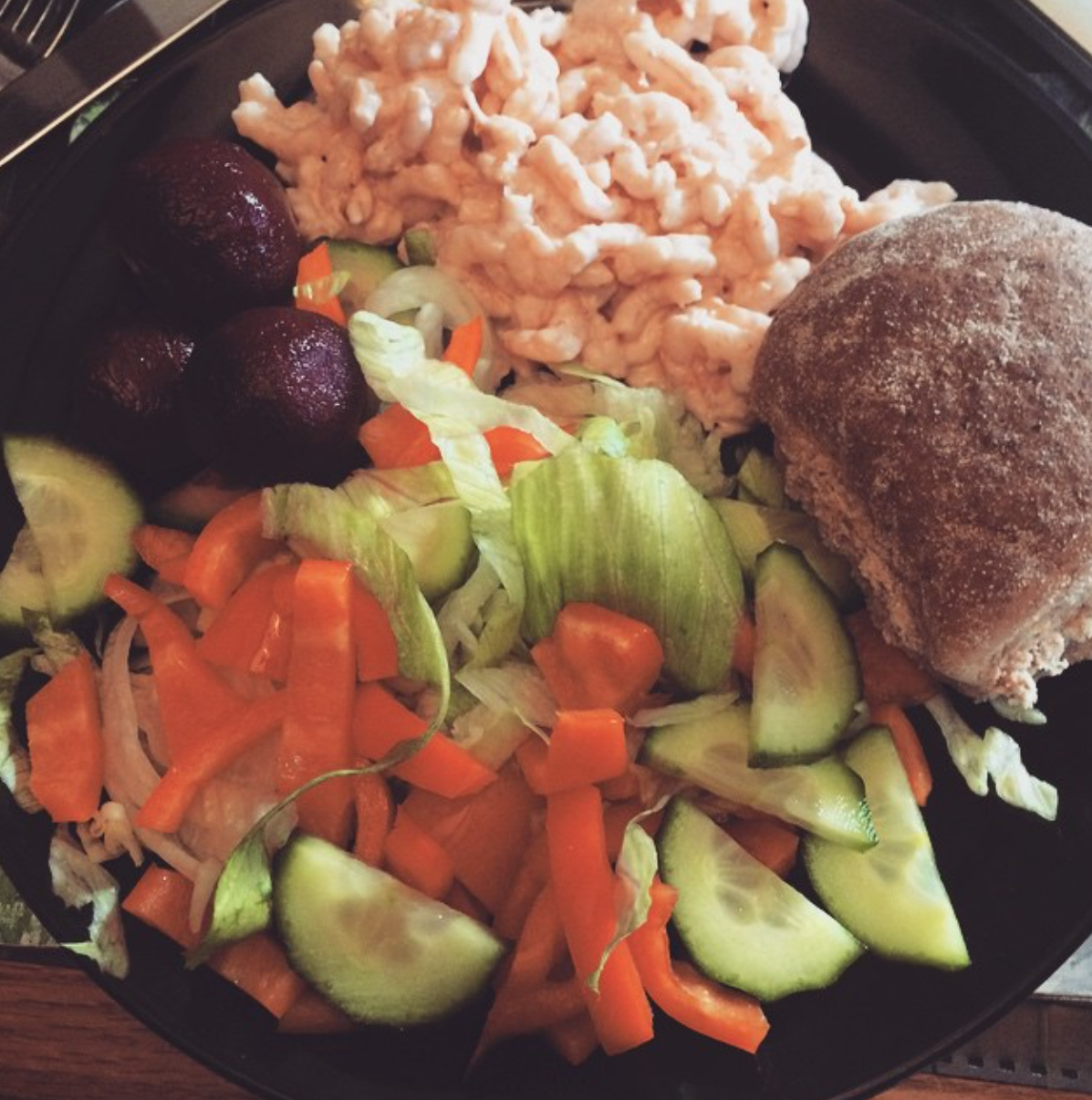 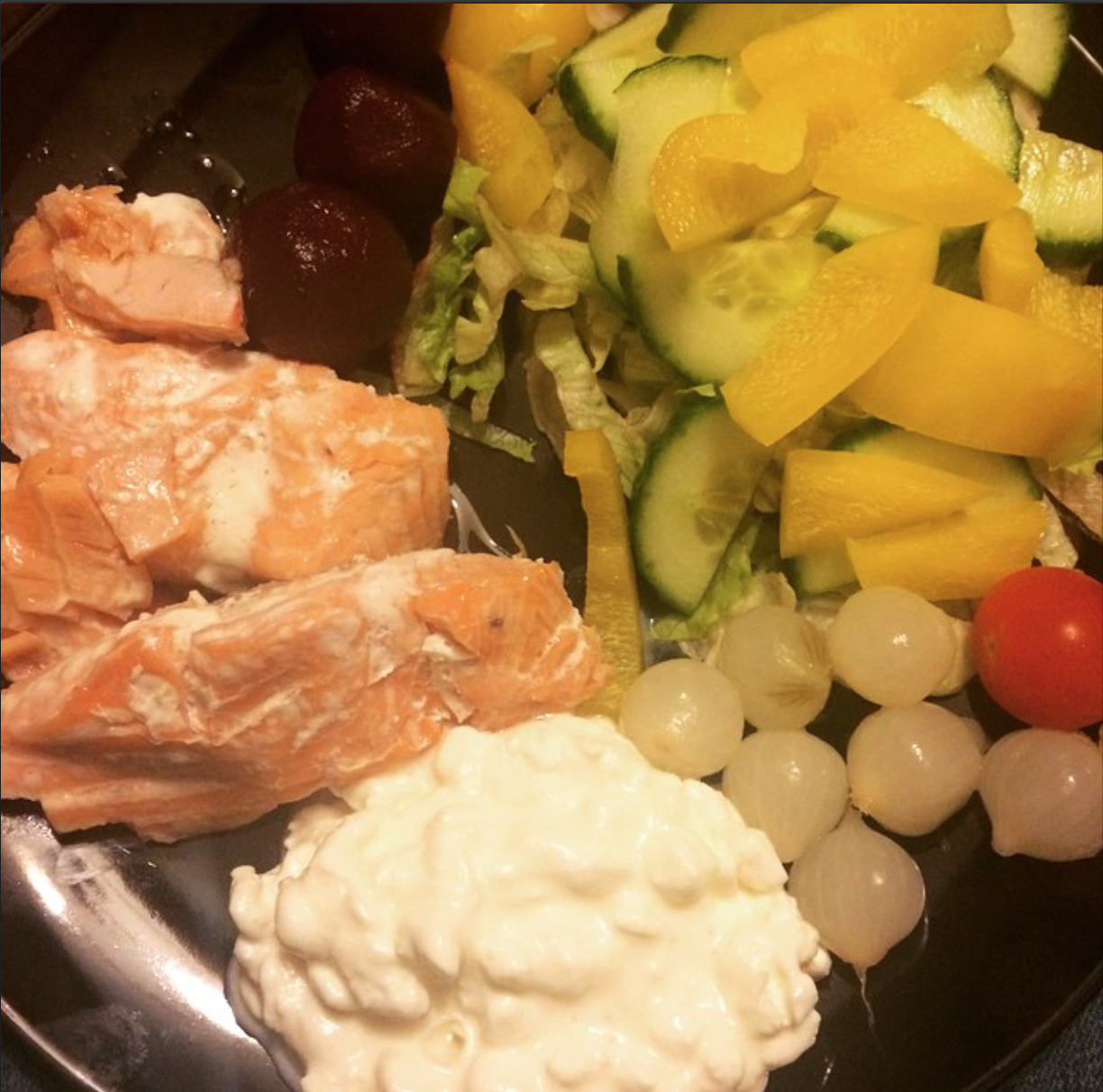 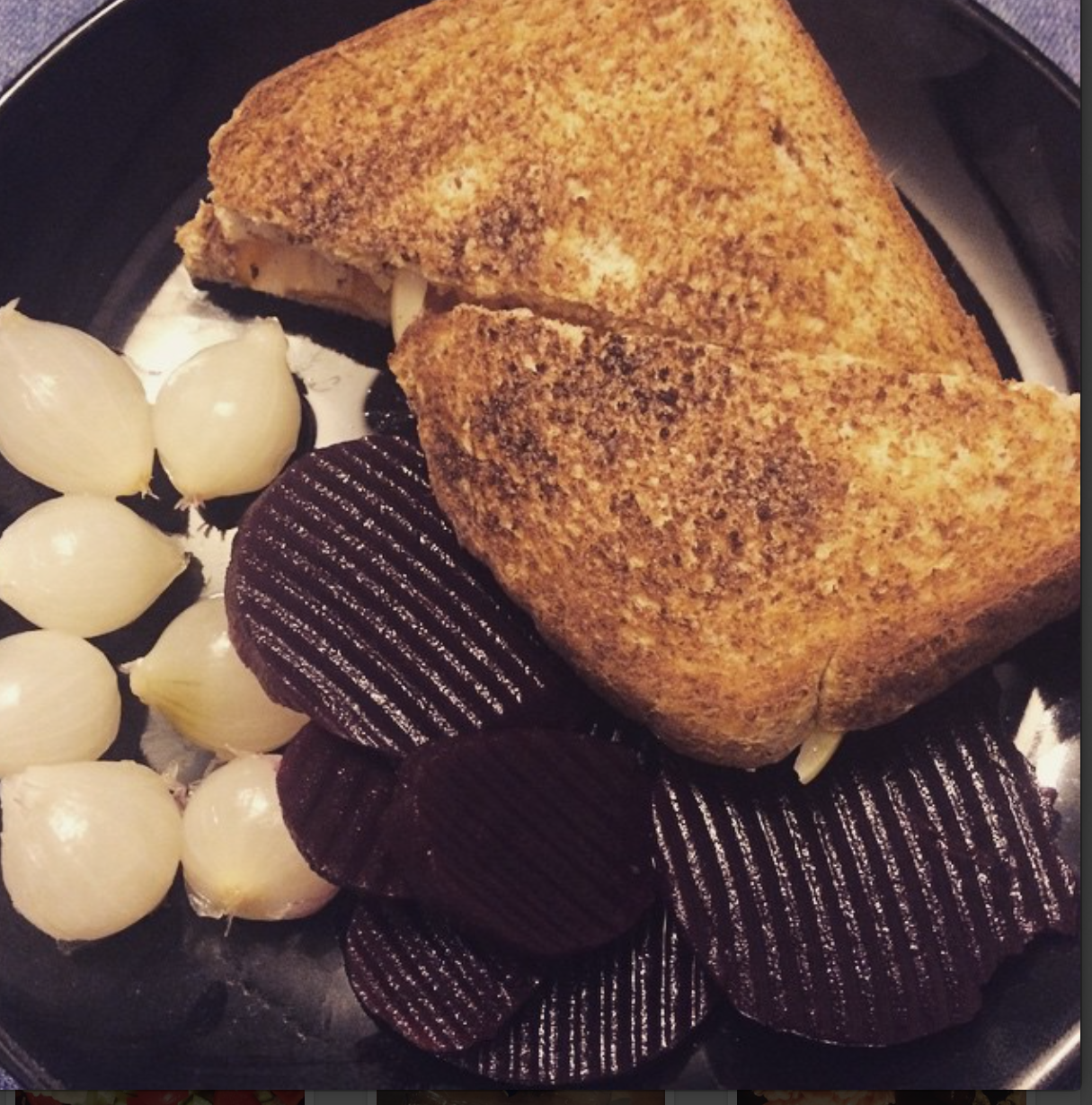 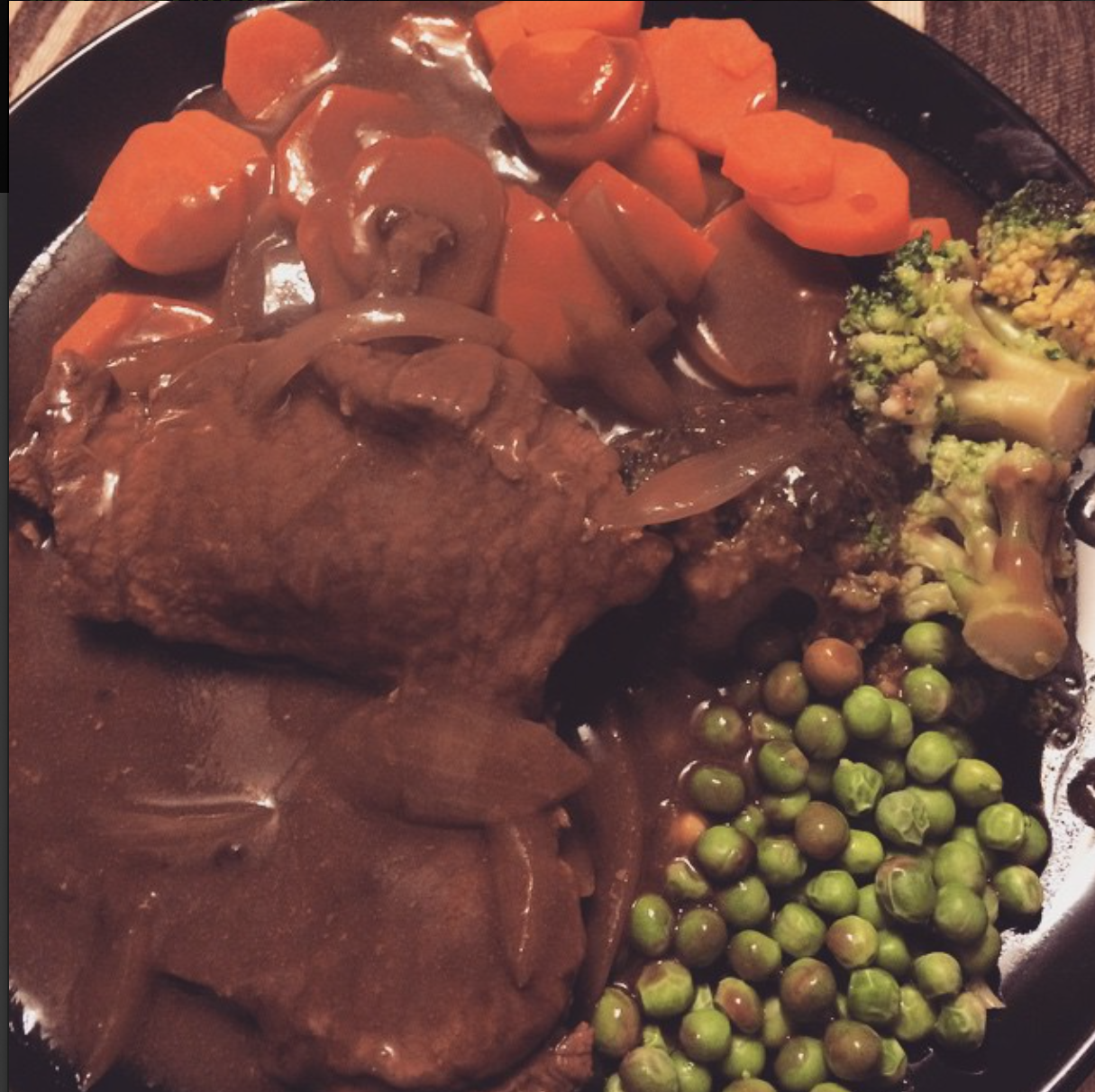 - I went to Nando's with every intention of being 100% on EESP but thought I was clever enough not to read my book before I went. I ordered Butterfly Chicken (3.5 syns) with corn on the cob (free) and spicy rice (2.5 syns) only to discover that corn on the cob did NOT have an S or P next to it meaning that it wasn't 'allowed' on EESP, I didn't end up having any S on my plate at all (should have gone for the side salad!) and to be totally honest I shouldn't have had the rice because although it's synned and you are allowed syns, it's obviously rice which is one of the prohibited foods.

Fear not though, a small slip up like this doesn't ruin your week, I can vouch for that because I lost 4.5lb this week! Like I said earlier though, the idea behind EESP is that it boosts your weight loss if you feel as if you're stuck or lacking inspiration. Doing it this week I found that I really enjoyed having 2 Healthy B's and I actually found a renewed interest in eating Slimming World friendly foods.

Have you tried EESP yet? Please feel free to ask any questions below and I'll answer if I can. (although please remember I'm not an SW consultant; nobody can replace their knowledge and expertise)

We had a tasting night at our Slimming World group the other week and one of my fellow slimmers, Jane, brought an onion bhaji loaf for us all to try... it was absolutely amazing and surprisingly simple to make so I thought I'd give it a go and share the recipe with you. It's a perfect snack food or great for serving as part of a meal. Ingredients:
- 1 tin of Chickpea Dahl (Asda Chosen by you is free, Mazadar from Morrisons is free, Tesco - 1.5 syns for the whole tin, try to avoid Sainsburys as this is 8 syns!!)
- 1 Packet of Bachelors Mild Curry Super Rice
- 2 Onions sliced
- 3 eggs

Method
- Cook the rice as directed on the packet
- In the meantime, fry the onion in fry light until soft & pre-heat the oven to 180 degrees
- Beat 3 eggs and add the chickpea dahl, onions and rice and mix together
- Transfer into a loaf tin and put in the middle of the oven for 40 mins Method:
- This is all about personal taste really, I just emptied the pot of yoghurt into a ramekin then added the mint to taste.

The Thickest, Creamiest Syn Free/Fat Free Yoghurt on the Block

Yoghurts are my go-to snack/dessert when I'm craving for something sweet and up until last week I had always gone for Muller Light even though I've always thought they're a bit on the thin side... I've always craved for a thick, creamy yoghurt. I refuse to spend any syns on yoghurts so my choice is limited down to just a few brands/varieties but I came across Shape 0% yoghurts last week and I can tell you, I haven't looked back. 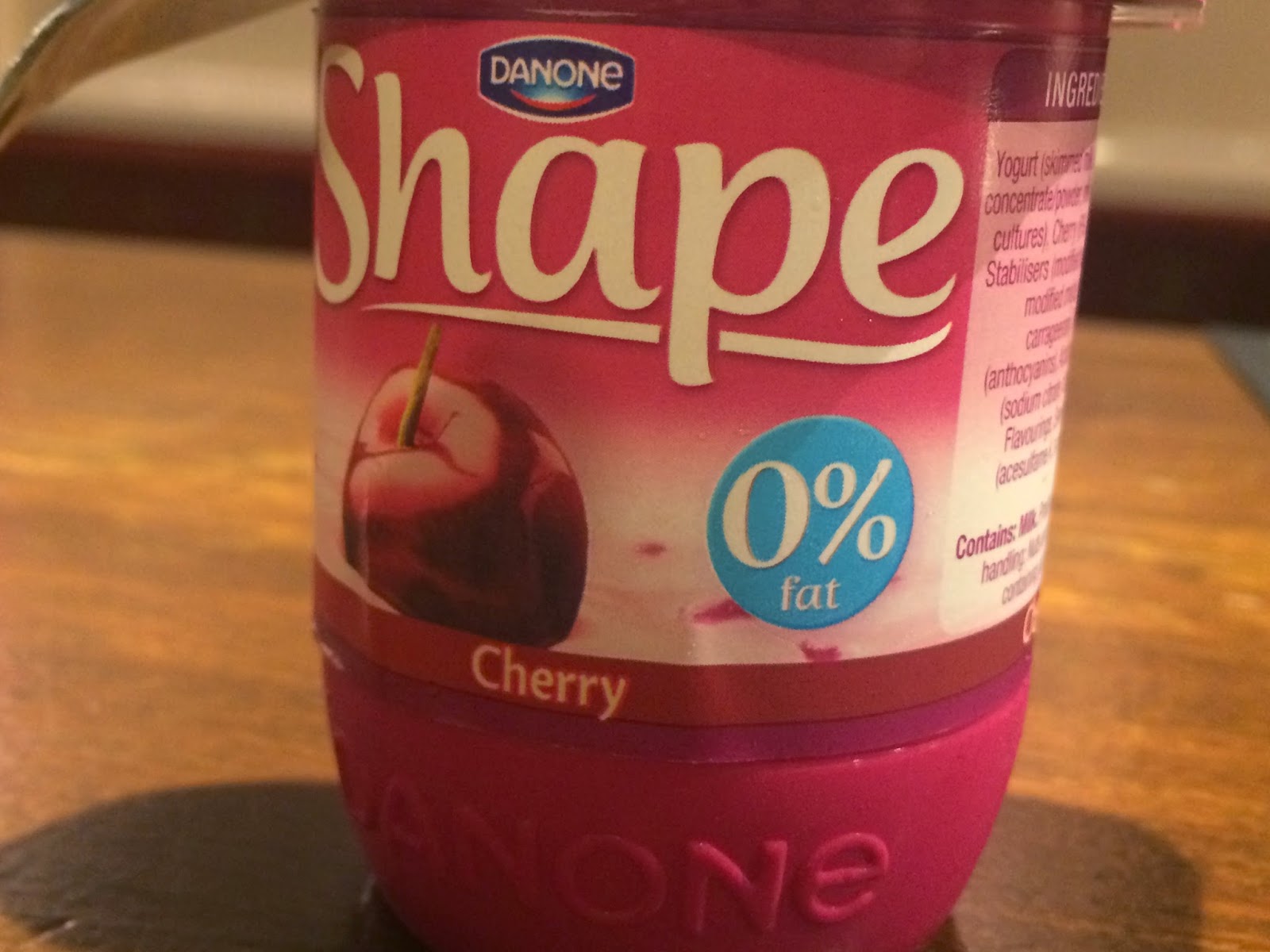 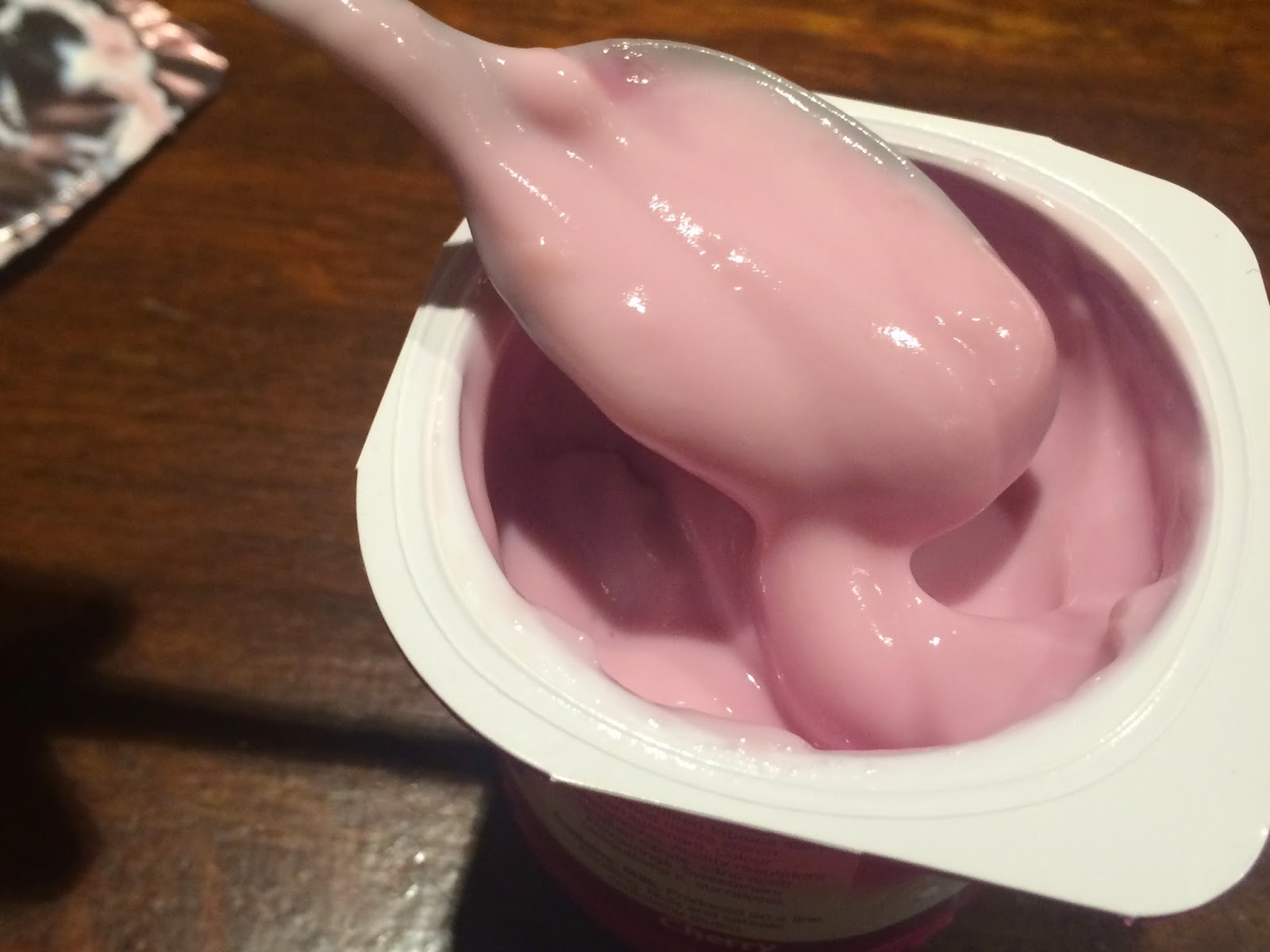 They come in a few different flavours in packs of 4, my favourites are Cherry & Blackberry and Strawberry & Raspberry... I tried Pineapple and Coconut expecting it to be more coconutty with a hint of pineapple but they're actually the other way around and I ended up chucking 3 of the 4 pots in the bin because I hated them. They are really, really thick and creamy though, like no other fat free/syn free yoghurt I've ever tasted and they're so satisfying. They don't have loads of fruit bits in them which pleases me because I actually prefer smooth yoghurts but these are that nice I'm willing to overlook the bits of fruit in these because they're so nice!

Do you have a favourite syn free yoghurt or do you prefer to spend a few syns?
Posted by girl_upnorth at 13:50 1 comment:

Email ThisBlogThis!Share to TwitterShare to FacebookShare to Pinterest
Labels: Syns

Yet another weird food day, another day of grabbing what I can, when I can so just one meal again with some snacks. 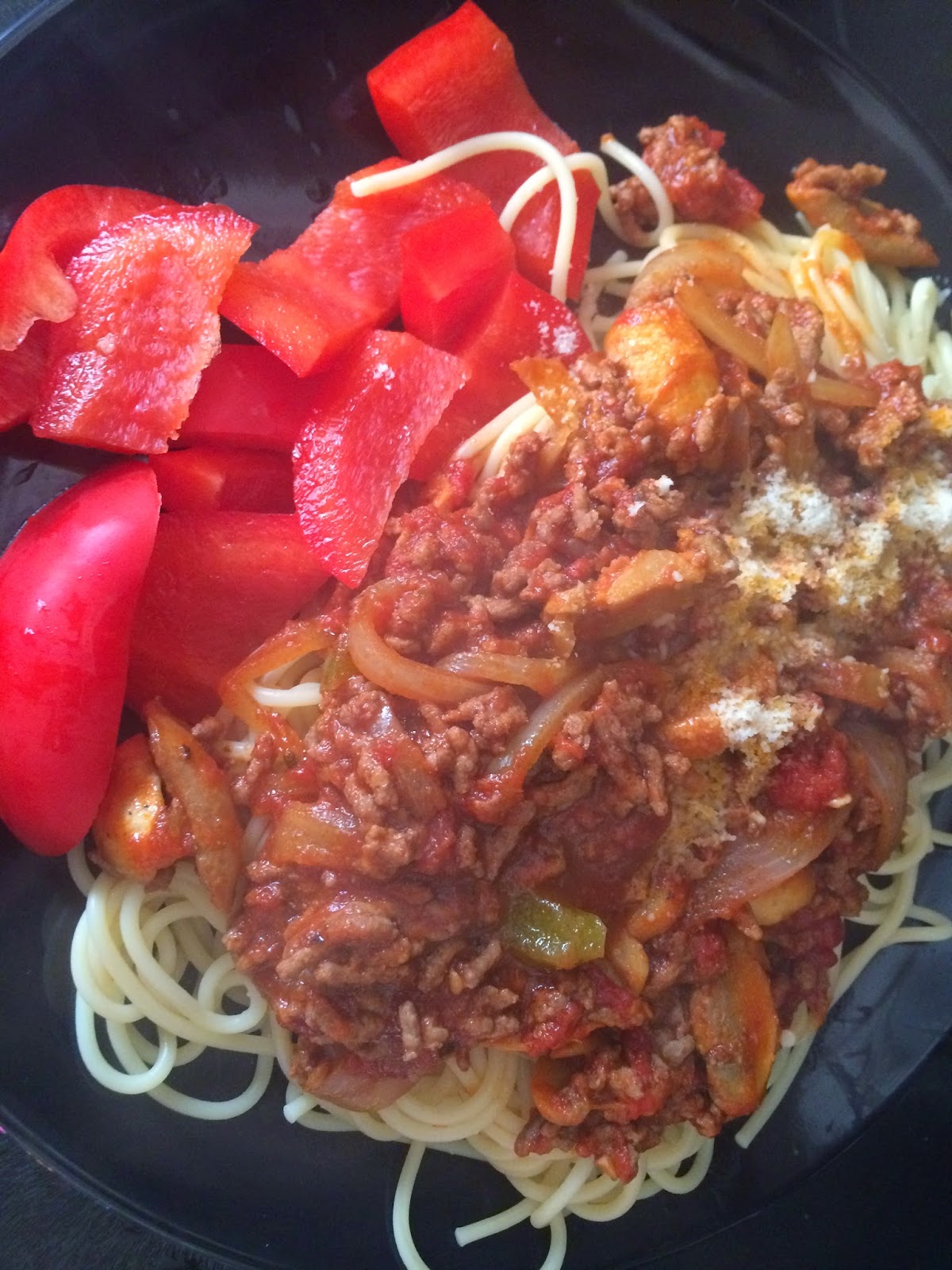 No photo unfortunately but it was another roast dinner with broccoli, cauliflower, cabbage, turnip, peas and sweetcorn with Pork, 100ml gravy with meat juices (5), 2 roast potatoes (2) and 1 small yorkshire (2.5)

Tomorrow is weigh day so we'll see what the verdict is...!

A Week of Food Diaries: Day 4

Yep, another 2am blog post. I've just literally finished work, had a quick bath and sat down to blog about todays food. To be honest it's been so hectic at work that I've had very little time to eat. I literally woke up at 9, got up at half past then forced some breakfast down me because I knew it was going to be a long day and I didn't know when I would have opportunity to eat.

errrm...? I didn't have any. Well I lie I had a piece of jam roly poly and custard, one roast potato and half a small yorkshire. Not healthy in the slightest, I know but to be honest I was more concerned about just grabbing something and they were almost within my daily syns so I can deal with that. 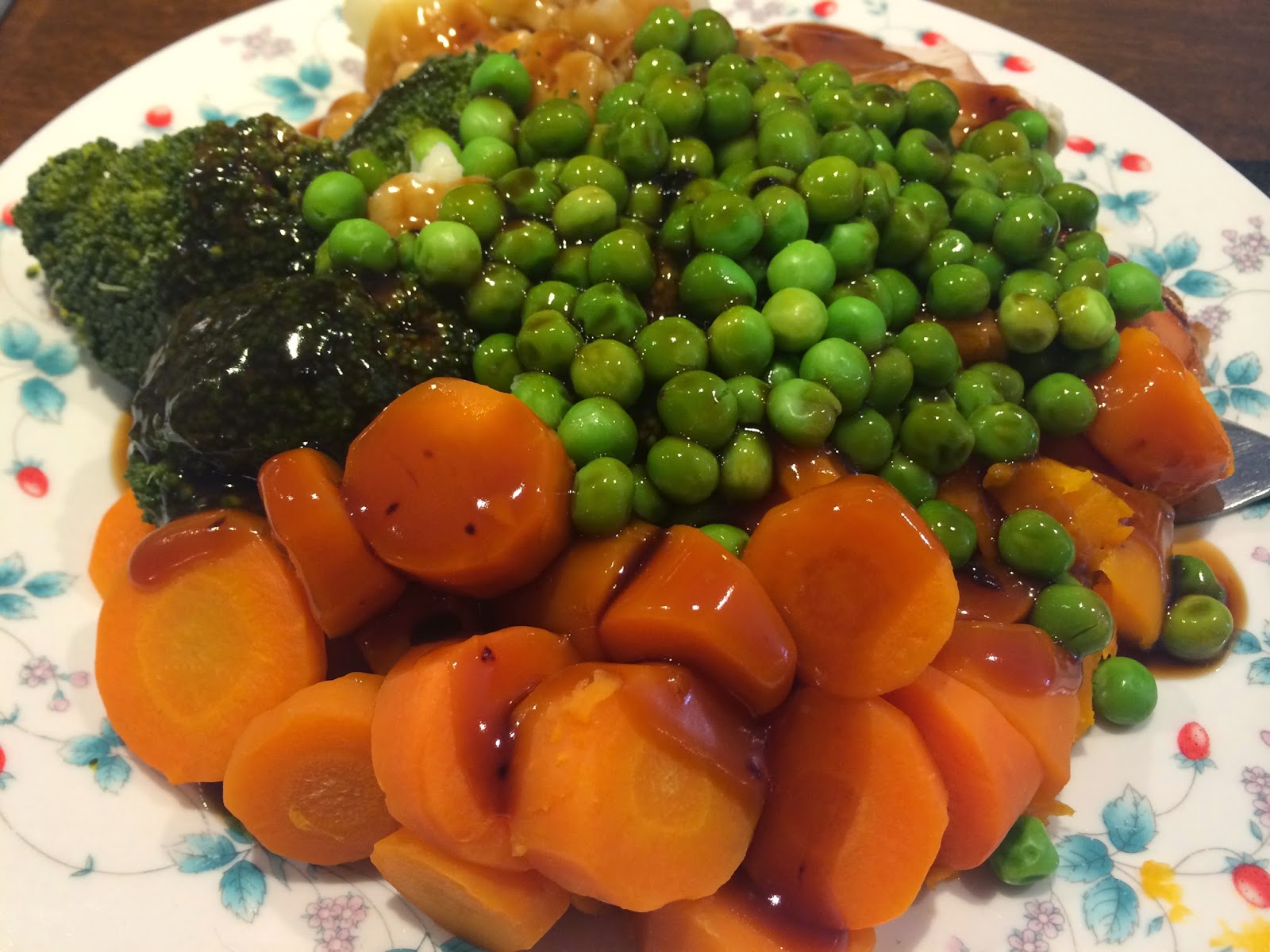 We did a carvery style meal for the wedding we had on so I took advantage of the left overs and did myself a proper dinner with Broccoli (SF + S), Cauliflower (SF + S), Carrots (SF + S), Peas (F + SS), Turkey (F) & gravy (1 syn). I didn't eat everything on my plate because I was so full and it saw me right through the night which I was pleased about.

P.S. Skipping meals is not a good idea. It's just that I literally sometimes don't have time to eat, I'm that busy I just forget about food. I still eat plenty so please don't think I'm depriving myself.

So many of the Slimming World curry recipes are far too complicated and they require far too many ingredients for my liking. I found a recipe which is both cost effective and doesn't take an absolute age to do (no marinating etc. etc.). I'm gonna be honest with you and say i've yet to find a Korma recipe which tastes like creamy coconutty takeaway korma, this is actually more of a tikka masala.

METHOD
- Spray a pan with fry light and brown the chicken, onion and garlic cloves
- Add the curry powder, passata, tomato puree, stock and whatever seasoning
- Bring to the boil then cover and turn the heat to low
- Simmer for 20 mins or until chicken is cooked through (I always make sure mine is cooked before adding the saucy bits, I'm a bit weird about chicken)
- Put the savoury rice in the microwave (this takes 15 mins so you know the curry is almost done when the microwave dings)
- Remove from the heat and stir in the 100g of fromage frais
- Serve with whatever salad or veg you'd like, I chose spinach because I have a thing about it at the moment :)

And there you go, easy peasy 'korma' 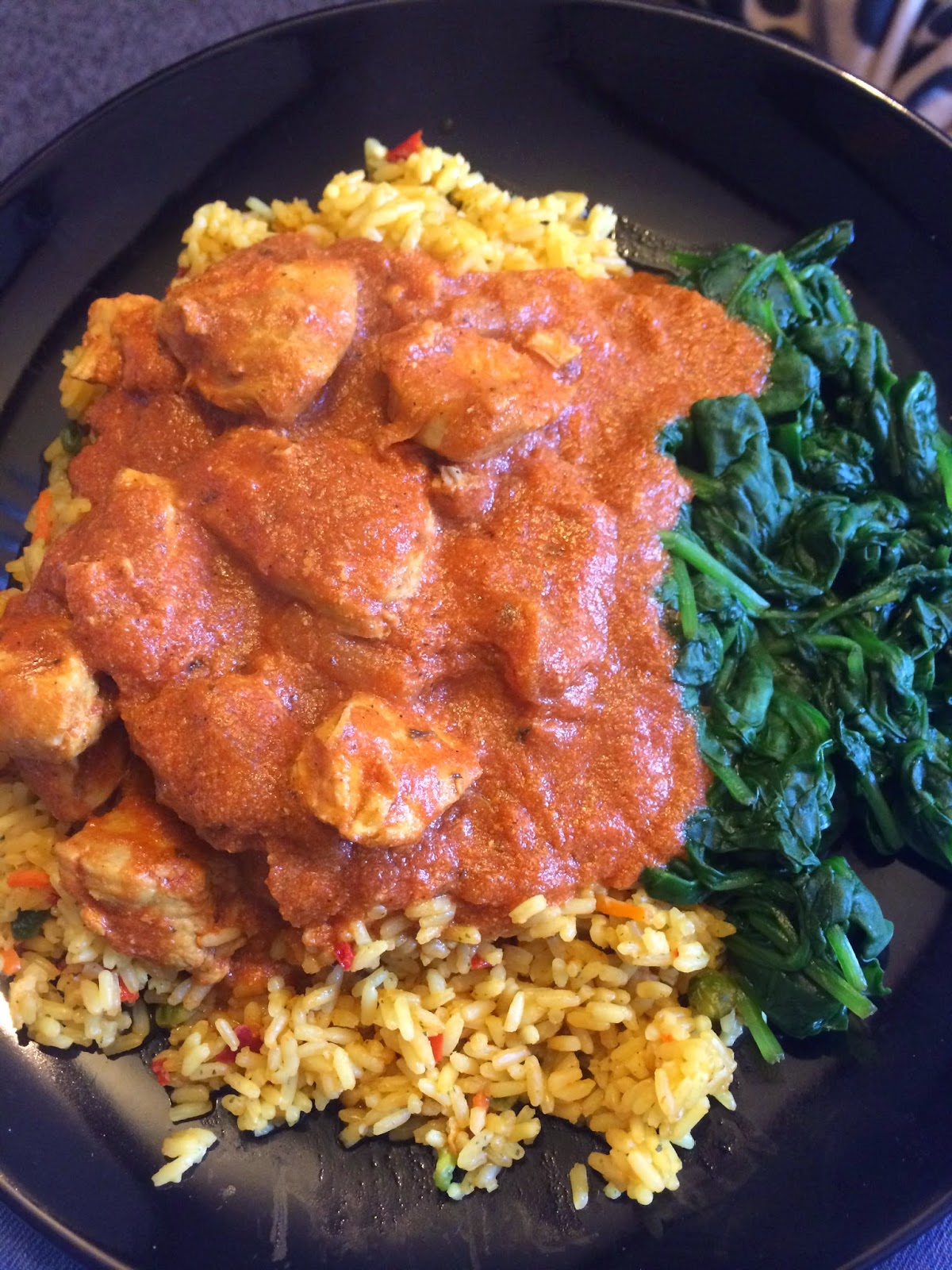 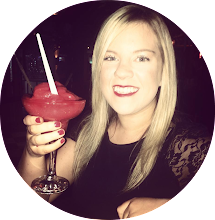